Sea lanes are established and charted international routes used by commercial ships traveling across the world. In the age of sail, sea lanes helped ships make their way from one place to another by using favourable winds and ocean currents which made journeys quicker and safer. Although the original set of sea lanes has changed and expanded to include many new routes to more locations all over the world, the original ones are still frequently used by many ships going from east to west and in the opposite direction, as well as north to south and south to north. International maritime traffic in the modern era is very busy and never stops, there are no peak hours so there are ships going up and down established sea lanes all the time. 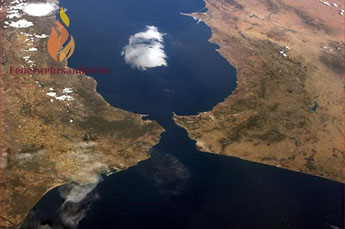 This makes some sea lanes busier than others. Here are listed some of the busiest sea lanes to have formed in the twentieth century and today, starting with the more quiet ones.

The Cook Strait – this stretch of water between the two main islands of New Zealand is a busy, busy place for shipping. The trade advantages of using the strait are immense, and highly important for the regional economy. However Cook Strait is also dangerous as waters and weather down there could be very unpredictable at times.

Strait of Georgia – located along the coast of British Columbia, the strait connects Canada’s westernmost province to Vancouver Island (in the Pacific Ocean). Strait of Georgia is a highly preferred shipping route due to its depth, allowing for large sized ocean vessels.

The Bosphorus – the gateway between Europe and Asia has traditionally been one of the busiest stretches of water in the world. Bosphorus connects the Black Sea to Sea of Marmara and happens to be the world’s narrowest strait. Perhaps the main danger with the strait is its shallow waters.

Strait of Florida – connecting the United States to all other points to the east and west, Strait of Florida is very hard working stretch of water indeed. Lots of ship traffic comes through the strait from the Atlantic Ocean, to the Gulf of Mexico in effect serving the shipping traffic needs of the Caribbean and Central America. 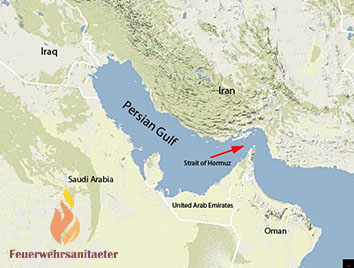 Strait of Magellan – once the only way to get from the Atlantic to the Pacific Ocean, using the Strait of Magellan meant travelling to the tip of South America. The strait is hard to navigate due to its unpredictable currents, but it still sees a fair bit of ship traffic today.

English Channel – the channel is considered to be one of the most important sea routes in the world, and has been serving as a major shipping lane for the last three hundred years. An average of five hundred commercial ships go through the channel every twenty four hours.

The Panama Canal – one of the most famous and important stretches of water on the planet, connecting Atlantic and Pacific Oceans. Shortening sea journeys by weeks and making them thousands of dollars cheaper.

Strait of Dover – due to its location and narrowness the strait is the busiest in the world, and navigating it requires skill and attention on behalf of captains. Connecting the Baltic and North Seas, Strait of Dover sees an immense amount of daily ship traffic.